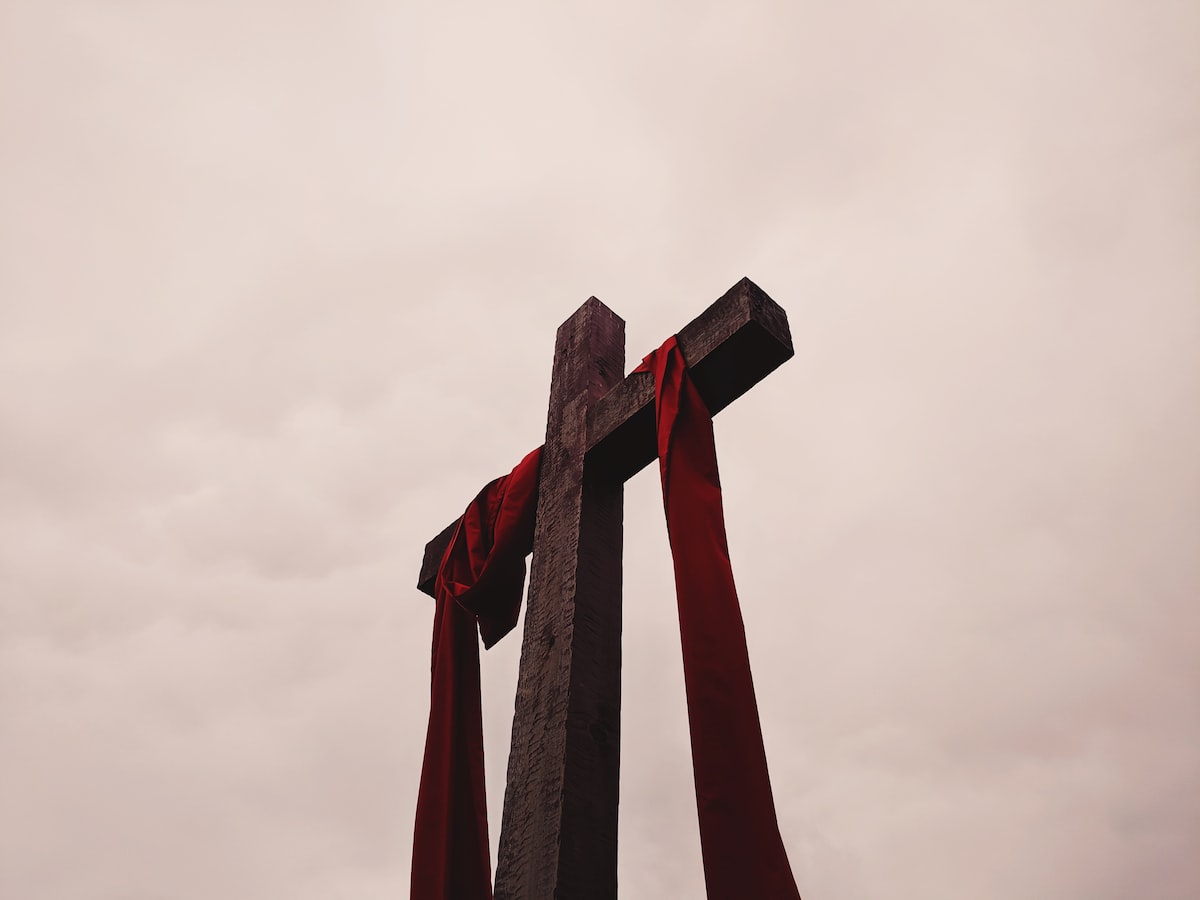 We should have many questions about crucifixion.

Why crucifixion? We know how vile it was. We hear how revolting, dehumanizing, and despicable crucifixion was—so why did Jesus die this way?

Would Jesus dying at the hands of a mugger been enough? Why couldn’t Jesus have died of old age with friends and family praying at the foot of his bed, rather than some friends abandoning him as he’s stripped naked and nailed to a cross in front of his family and a few remaining friends?1

As Peter preached in Acts 2:23, why was “this Jesus, delivered up according to the definite plan and foreknowledge of God,” for crucifixion (Acts 2:23)?

Crucifixion was reserved for the worst of the worst. Death by crucifixion was loaded with shame, embarrassment, dehumanization, mockery, brutality, and nearly unchecked wickedness. Fleming Rutledge writes in The Crucifixion:

“Bodily functions uncontrolled, insects feasting on wounds and orifices, unspeakable thirst, muscle cramps, bolts of pain from the severed median nerves in their wrists, scourged back scraping against the wooden stipes. It is more than any of us are capable of fully imagining. The verbal abuse and other actions such as spitting and throwing refuse by the spectators, Roman soldiers, and passersby added the final touch.” (5)

Does this horror not capture the spiritual significance of sin? Crucifixion is a vivid display of what sin as done to our hearts, lives, world. Sin brings shame. Sin is subhuman—not what God created us for. We carry the stain and pain of sin, and Jesus stepped into all of it. Taking it on. Taking it away from us. Jesus humbled himself to a level that will forever serve us, teaching us, transforming us. He communicates his love for us in the deepest way imaginable. “Greater love has no one than this, that someone lay down his life for his friends” (John 15:13).

Rather than Jesus being the victim of a street crime, he was tried as a criminal. He was (falsely) indicted. For him to die as our substitute, legal proceedings were enacted, both in the case of Barrabas and us. If Jesus had died by choking on a fig, he wouldn’t have been dying for our sins. But since Jesus was dying in our place, for our sins, he needed to undergo a proceeding and a death where it was obvious that he was innocent. That this death was actually for someone else. As the Roman soldier admitted at Jesus’s death, “Certainly this man was innocent!” (Luke 23:47).

The criminal and legal aspects of crucifixion reflect the spiritual significance of our sin. We committed high crimes against the triune God. We are cosmic criminals. But by Christ’s death for us, we are declared righteous, not guilty, free. He died for us. And by faith in him, his right standing with God becomes ours.

The public nature of crucifixion is essential. Jesus died in the presence of nearly all Jerusalem. Jewish leaders, Gentile joes, Roman soldiers, all saw what happened to Jesus. His death was non-ignorable. The whole city would have been a buzz with his trial, the mockery, the march to Golgotha, and the six hours that Jesus hung on the cross. This sets the stage for his resurrection.

If Jesus would have died from a fishing accident or some poisoned lentils, and then his disciples claim he rose from the dead, no one would believe it. Not public enough. It would be easy to reject a private death hitched to a public resurrection. A very public death makes resurrection even more astounding. Crucifixion is the preamble for resurrection.

Crucifixion was controlled. Rome made sure the crucified died; they knew what they were doing. And in the case of Jesus’s crucifixion, Roman soldiers were stationed and prepared to make sure Jesus and the criminals next to him were not mostly dead—they had to be dead dead. It would not have been uncommon for a Roman crucifixion to last for days, but since Jesus was crucified on a Friday in Jerusalem, Israel was particular about having dead bodies dangling from crosses on the Sabbath. The crucified had to be dead by sundown. This is why the Bible says Roman soldiers began to break the legs of those being crucified as a way to speed up their death, keeping the crucified from catching big draws of oxygen by pushing up from the cross.

But when the soldiers came to break Jesus’s legs, he was already dead. They confirmed it. They drove a spear into Jesus’s side to make sure Jesus had died and not just passed out. Blood and water spilled out, without a cry from Jesus’s voice. Dead. Certified.

“But when they came to Jesus and saw that he was already dead, they did not break his legs. But one of the soldiers pierced his side with a spear, and at once there came out blood and water.” (John 19:33–34)

And on Sunday, he is pronounced alive. Shame removed, declared righteous, eye-witness accounts, hugged by friends. He lives. And so do you, if you trust him.

Text: Psalm 63 Preached at Storyline Church in Arvada, CO. The spiritual disciplines, including meditation, give us the reflexes we need for all of life’s seasons. In Psalm 63, David shows us the value of meditation. This act is meant to bring us toward God in worship, not by
Now bless the Lord, all you servants of the Lord who stand in the Lord’s house at night! (Psalm 134:1) What does it mean to bless the Lord? We know the Lord blesses us, but when Psalm 134 tells us to bless him, what are we being invited
Why did Jesus’s body bear the visible marks of his death on the cross? Let’s reflect on four reasons for these beautiful wounds.